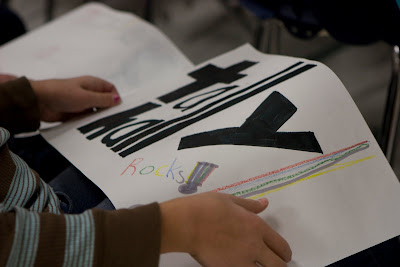 keyboard, guitars, bass, drums…all on stage. a small one. behind a blue heavy curtain.
half curious, half amused adults lining the venue. teachers.
the venue: a school cafeteria.
one huge audience.
all under 5 feet tall.
oh boy. (!)

the concert was about to start. kids filed in, carrying their own chairs (i forgot we used to do that) and, of course, their tally hall signs. they were beyond excited. i was just as excited. 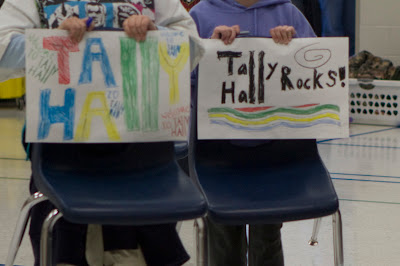 an entrance::
while the principle introduced cheryl, who introduced the band, the band snuck up on stage with fabulous fake mustaches on their faces and disappeared behind the curtain. what a fantastic sight. a few moments later, the curtain opened. the kids. went. nuts.

the concert::
i’ll let pictures tell this part. it was, after all, a concert. 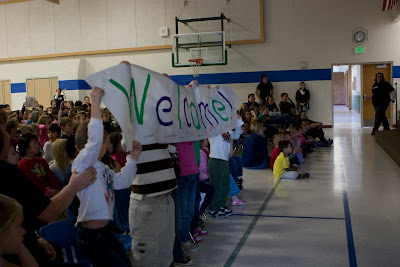 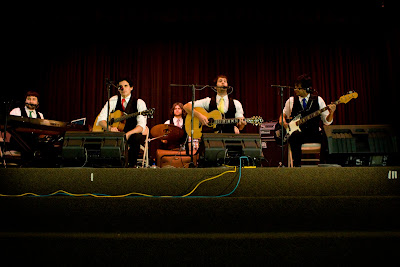 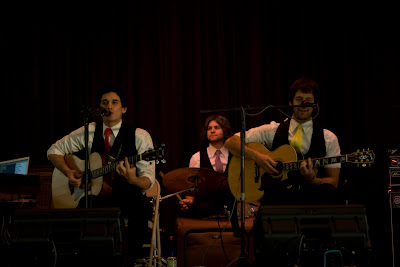 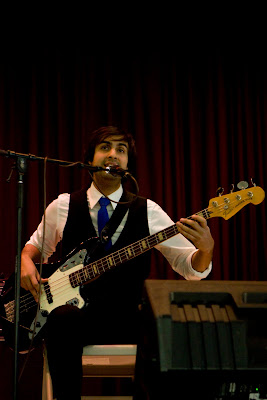 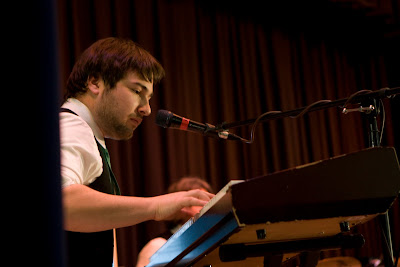 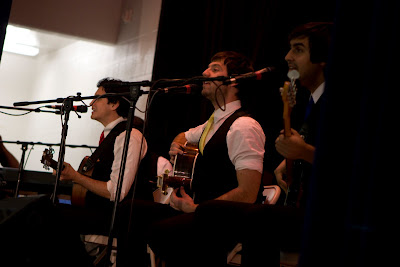 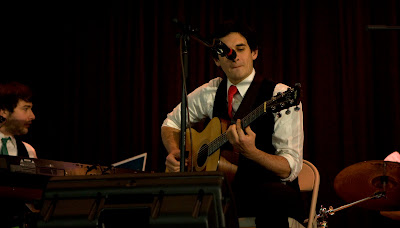 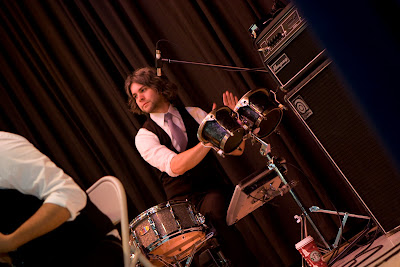 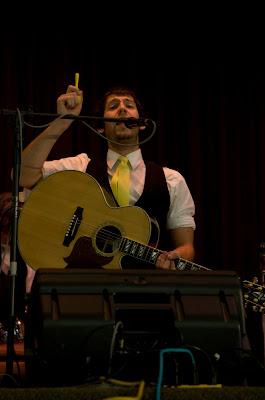 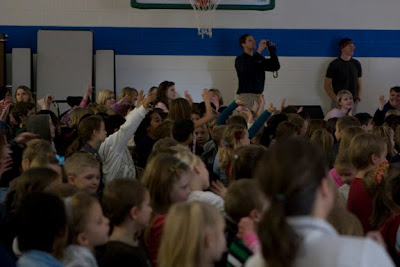 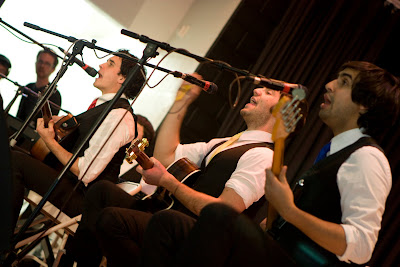 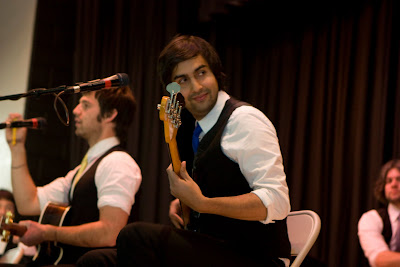 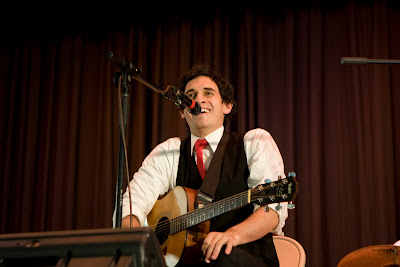 rob [yellow tie] kind of headed up the group in interaction with the students, though the rest of the guys chimed in as well. i could tell that there was a mutual wonder between band and audience alike; neither had experienced this before. at the end of the first song [good day], there was a bit of silence, and i started clapping, [i’m sure some of the teachers did, too] then it was a ripple effect and the place was soon filled with tons of applause and yells. 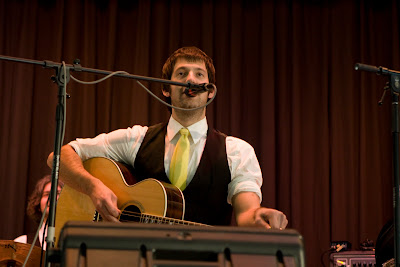 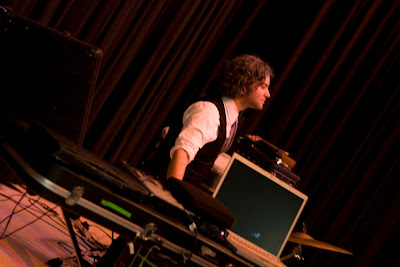 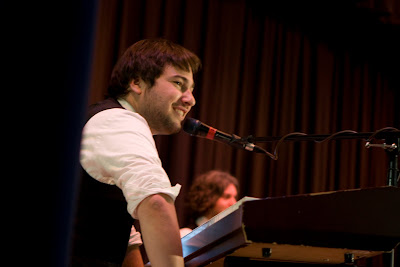 -at one point, they tried to get all the students to sing on one note….it was unsuccessful. but the attempt was fun to hear. :]

-rob asked the most random and obscure questions to the audience, and it was perfect. questions like, “do you guys like sports?” and so on. it kept the kids amused and involved.

-comments like this, from rob: “of all the elementary schools we’ve ever visited, you are the most unique….at dancing”…or something. i remember he made some comment about how the kids liked dancing. anyway, i love that this is the ONLY elementary school they’ve visited and the kids felt very privileged. 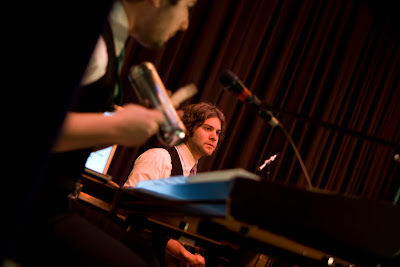 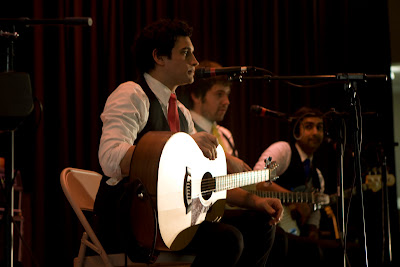 -i enjoyed being backstage-ish. mike was cool and let me chill back there. we also talked cameras a bit. it was cool to see sam do his job. so i took a video of one of their new songs from back there. i have so many “normal” tally hall videos that i wanted to capture all the stuff you usually don’t see. 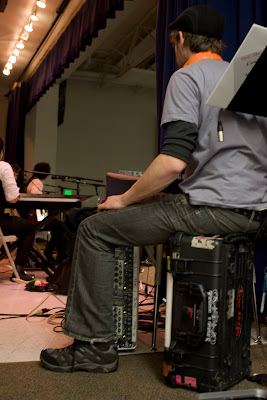 -the swaying of hands (i think one of the teachers promoted that) and the applause. the kids were told by a teacher before the concert that it’s not polite to whistle, though. 🙂

-they ended with the song, “down by the bay”. it was an. elementary. school. how perfect is that? they even had kids come up and give suggestions. so beyond awesome.

have you ever seen miss skinner, eating some dinner?

-and then they topped it off with this:

(rob’s epic and very rebellious jump off of school folding chair. there were no smashing of guitars, however.)

…
the after party::
after the concert, the guys came back out and cheryl presented them with school shirts, as they are now honorary elementary schoolers. 🙂 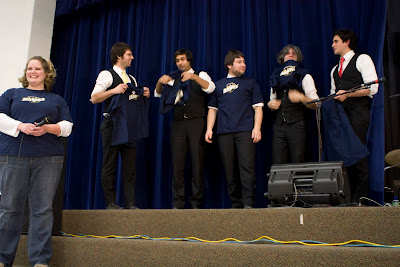 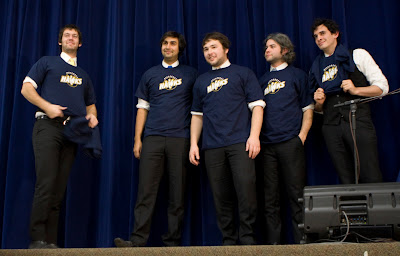 as such, they took a class photo or two,

and hi-fives were had all around 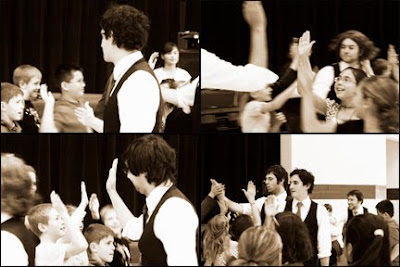 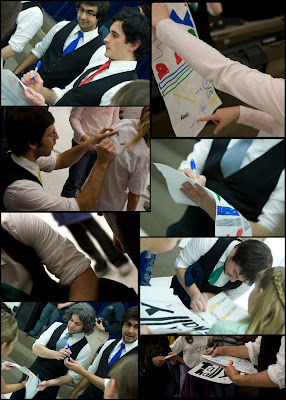 and cheryl and the principle were given awfully cool stuff by the band
and things were happy. 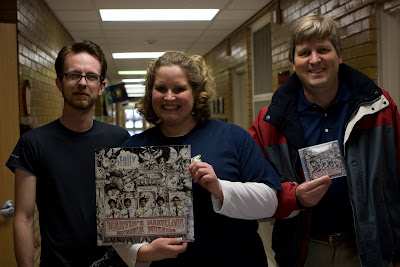 next up: the night concert. there was a lot less high-pitched squealing from the ‘big kids’.

Error type: "Forbidden". Error message: "The request cannot be completed because you have exceeded your quota." Domain: "youtube.quota". Reason: "quotaExceeded".

Did you added your own Google API key? Look at the help.

Check in YouTube if the id hitsdotcom belongs to a username. Check the FAQ of the plugin or send error messages to support.