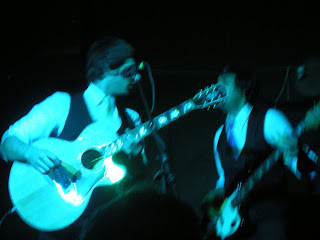 the original plan::
location: in the venue
concert time: 6:30pm
our departure time: as soon as jeff got off work (4-ish pm)
driver: jeff
the group: cheryl, blake, me, rocio, jeff, my friend jessie, and jeff’s friend brooke

explanation:: jeff was going to take me and jessie and rocio. rocio decided to do something else that night instead. okay, cool. still left me and jeff and jessie, all was good. but—[brace yourself for the run-on sentence]– i couldn’t reach jeff and he was supposed to drive us and my mom’s van doesn’t go past 40 mph cuz it’s broken and jessie and i needed to get to the concert and i still couldn’t reach jeff and it was getting late and i called cheryl and she’d already left with blake and i started to panic and i made cute hair flowers (irrelevant) and i told jessie i’d just come pick her up in the van so we’d be in one location and i did and we went to jeff’s and he wasn’t there and it was getting later and i called rocio and she said she wasn’t going so she called brooke whom i didn’t know and brooke was late coming anyway but she had a car so she met me and jessie at jeff’s and the three of us girls got into brooke’s car and brooke turned out to be awesome and we went to wendy’s cuz we were starving and it was good and i got a jr frosty (irrelevant) and we raced as fast as we could up to salt lake and the three of us girls had compatible horoscopes and decided we’d be good friends and now we are and we drove and drove and finally got to in the venue and brooke was really good at finding it without a google map and we parked in some shady parking lot and brooke put on her new shoes with red laces and then we ran in the freezing cold — ran– to the place it was at and almost went in the wrong door so we backtracked and got to the right door and the bouncer let us in. 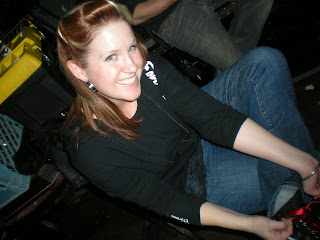 still couldn’t reach jeff. until we got there. apparently, his shoot (he was working on a commercial in the middle of absolutely nowhere) went super long and was crazy and he hadn’t gotten reception. sad. day. here’s his side of the story.

when we got there::
we walked inside, and a really loud band was finishing their last song. i really didn’t care for it, and neither did the other two girls. tally hall started to set up as soon as that song was over, and we were ecstatic to realize we got there in perfect time for tally hall.

jeff texted, saying he was still an hour away and wondered if it was still worth it to come. i said that of course it was; jeff was one of the pioneers of tally hall in utah! we had to take THE picture, dangit! so he said he was on his way.

we found allie and her husband. allie was there the very first time we met tally hall in this very venue. that was a happy. cheryl was nowhere to be found, though, and we found that she had a family emergency and had to race to that. that was sad. bless her heart. 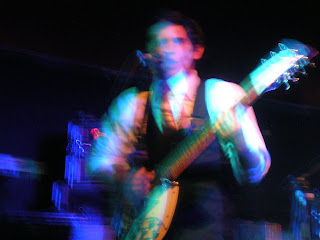 the concert part::so, tally hall started their concert, even without jeff or cheryl. they started out with a slower song, which i thought was gutsy. usually bands start out with fast rowdy songs to get the audience into it. props for them for taking a double gamble: the song was slow, and it was a new song. but i loved it. it’s called ‘never meant to know’ and it’s the one that i had filmed backstage at the kid concert.

since i already blogged that one, here’s another called “turn the lights off”:

and here’s how they laid the songs down:

i sang along enthusiastically to all the songs i knew. maybe more enthusiastically than normal? [nah, probably the same. but i tried, and it was crazy] because a) the audience was pretty lame and didn’t dance or anything and b) i had to sing for jeff and cheryl’s sake. they deserved to be there.

right after they finished, i turned around and saw jeff. tragically, he’d just barely arrived.

the rest of the concert::
jeff was visibly disappointed he missed the concert, and more so, was shaking all over. he’d had an exhausting day and the mixture of freezing cold + middle of nowhere with no reception + full day’s work in previously stated conditions + running to the concert + just barely missing it = one sad jeff. brooke and i felt so bad. we all wandered over to the swag table, where my new friend mike (the tour manager) was manning the merchandise. [check out mike’s awesome hat.] 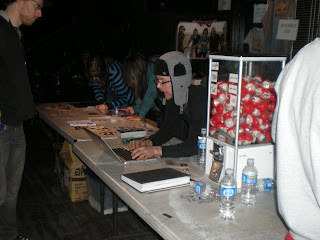 sad has a way of turning to happy, though, in the company of good friends and good music, and…tally hall. and tally hall’s guest book.

they had a book on the table, open for anyone to sign it, so jeff and i took on the responsibility of pasting in each “the picture” from the previous concerts, along with a memory from each one. we wrote 3 entries, one on the inside of the front cover, one on the back, and one in the middle, with a dotted outline of the picture we were sure to get later that night.

we also took another cool picture: 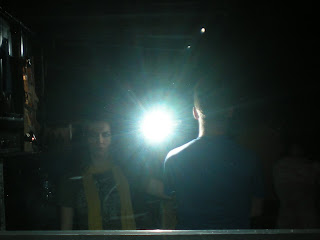 and i liked rooney, too, so here’s a well-known song of theirs. forgive the shaking; i was aware of it…i just couldn’t help but dance to this one: 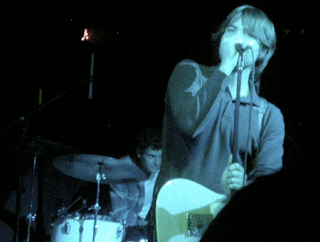 i really enjoyed just hanging out with my friends and the tally hall guys in the back by the table, though. andrew came out in normal clothes and smiled when he saw me. it was fun to see him since we’d been interacting all day, then almost as old friends after an ‘official’ concert (note that i’m not a psycho fan who imposes herself on strangers and celebrities. i know we aren’t old friends. it was just sort of a cool feeling :D) 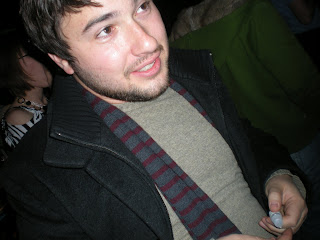 we all talked. words. i honestly can’t remember what we talked about (this is the part that i didn’t finish in december when i wrote this…it’s now april)…which is tragic. i remember some stuff. contacts and dry eyes (as shown in picture above). mittens and their awesomeness (his were homemade). his impressions on the school concert. oh! he said that was one of the most interesting performances they’d given, and we asked what was the weirdest. i think he said it was earlier in their career and there was some sort of snow storm, so only a few (like, 3) people showed up to the concert and they performed for just them? something like that. all i can say is i wish we had a snowstorm concert. 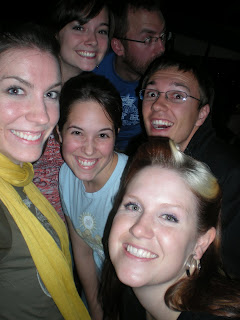 An Entire Concert Experience at The Echo 7/27 – by Justin

An Album Two Update from Ross