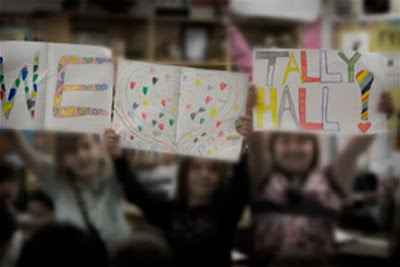 after lunch, we headed to the empty classroom and the boys were so amazed at how detailed it was. they said that it was cool because they’d think they saw everything, but then they’d see another tiny detail. from the ‘tally hall-passes’ to the ‘top bananas’ to the colored sitting…dots in the reading area (with lyrics “another story to tell” in the sign above). dang, cheryl. good job. it consisted of all this stuff:

note that all the signs are lyrics from their songs. so brilliant.
and of course, the guys all rooted for the individual tables that matched their corresponding tie colors. 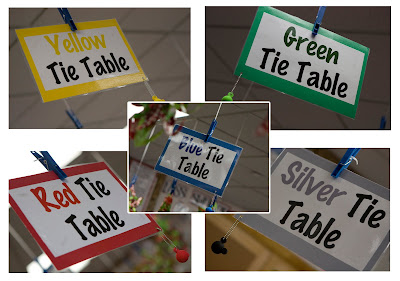 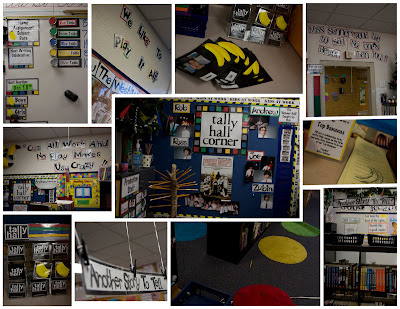 the room passed their inspection::
i was a bit shy about snapping pictures of the guys in the classroom, even though i always document everything…wherever i go. i didn’t want them to feel all paparazzi’d or annoyed. so i took a few; they weren’t my best. but here ya go: 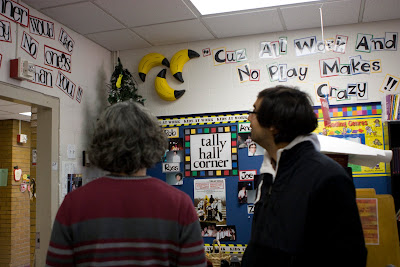 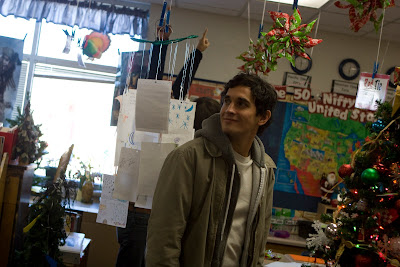 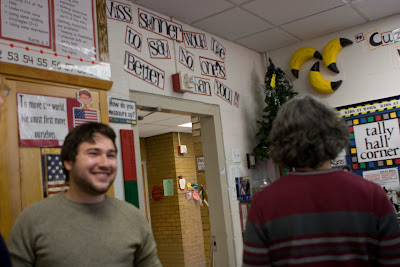 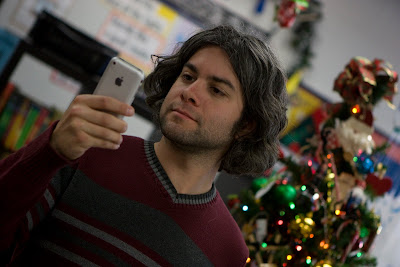 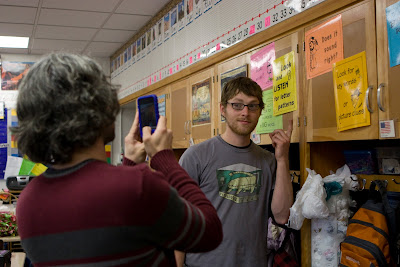 above:: sam, the sound guy (cleverrr) 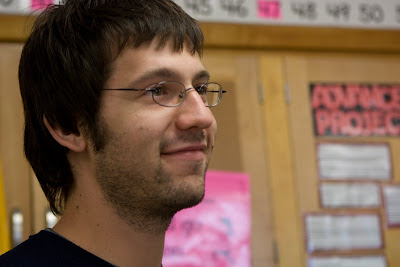 ironically, after we left the room rob asked if he could get copies of those photos since they didn’t have cameras on hand (besides ross’ iphone). ka-dang it. i totally should have taken awesome epic ones. oh well, i said i’d get them to him. we then chilled in the hall for a bit
(i had fun watching kids take one glance at them wherever they went and squeal or get really excited and run away) 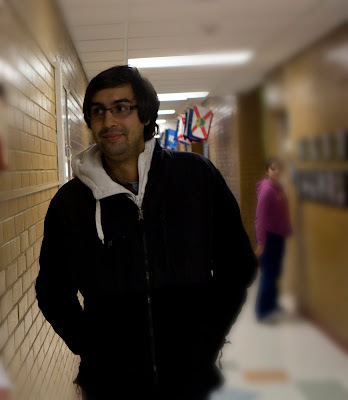 and the kids couldn’t believe their eyes::

the kids had really wanted to meet the band, but the teachers told them not to get their hopes up, as the band had a whole lot to do that day. after they checked out cheryl’s empty classroom, though, the boys went into the next classroom which consisted of cheryl’s class and another class to actually meet the kids. the boys looked a bit out of their element, like they weren’t sure what to expect, but excited nonetheless. 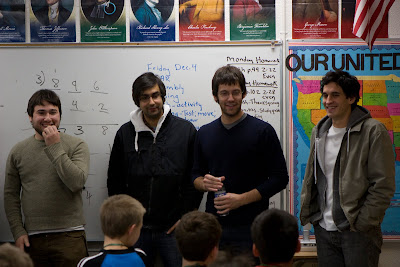 it was adorable; the kids had all been feverishly working on ‘tally hall’ signs for the guys and covered them up as soon as they came in. it was fun to see the kids interact with the band. 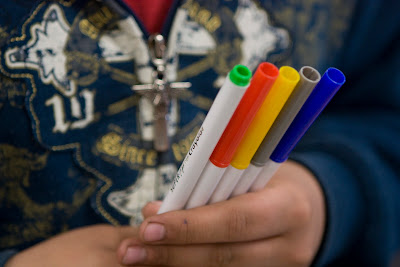 the kids were all whispering frantically to each other to hide their posters from the band to surprise them in the concert, and zubin imitated exactly what one kid did—excitedly held up the sign for all to see. classic. 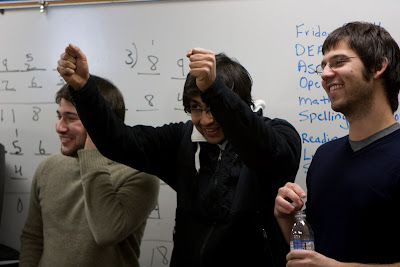 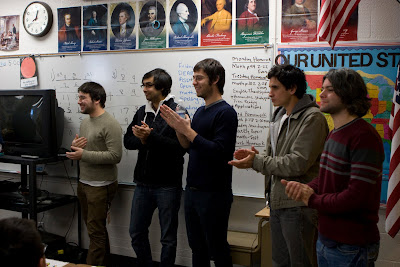 and the band clapped for the kids (because the guys felt they deserved a round of applause, too, after their deafening welcome from the students) 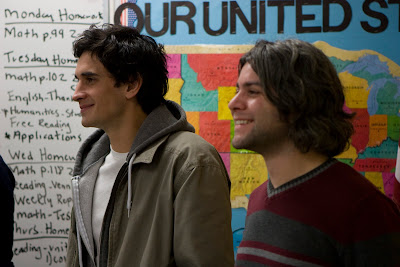 after a good lil’ conversation with the class, the band bid farewell with hi-fives.

i apologize i don’t have much to say about the actual conversation…it was in december. 🙂 but, cheryl, if you have anything to add, by all means, let me know or leave it in the comments! it was a grand ol’ time.

next up: the official elementary school concert review.

The Facts About Tally Hall’s Next Album